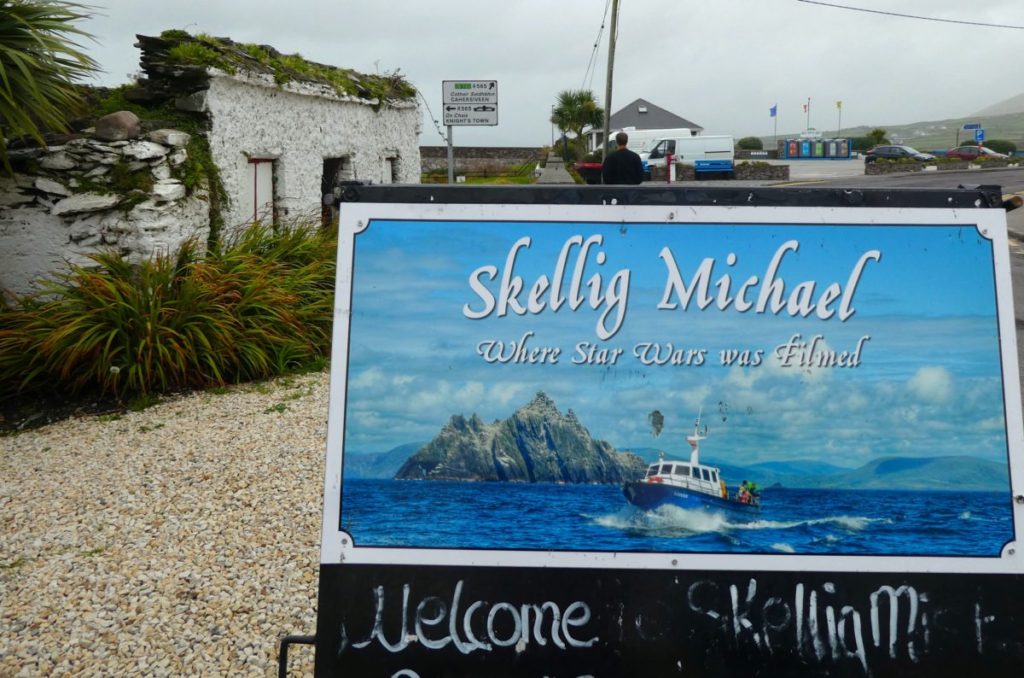 May the Force be with you. But you’ll also need calm weather if you want to visit Skellig Michael, the Irish monastery island where Luke Skywalker appears at the end of Star Wars: The Force Awakens.  And the odds, my dear Jedi, are not in your favor.

Trips to Skellig Michael left the closest town of Portmagee on only 9 days in the month of September 2017. All of the trips on the first two days of October were cancelled due to stormy weather. No visits are allowed after Oct. 2 until mid May of the following year. Some boats continue to cruise around the island. But landings on the UNESCO-protected site have been limited since long before the place became a magnet for Star Wars fans. 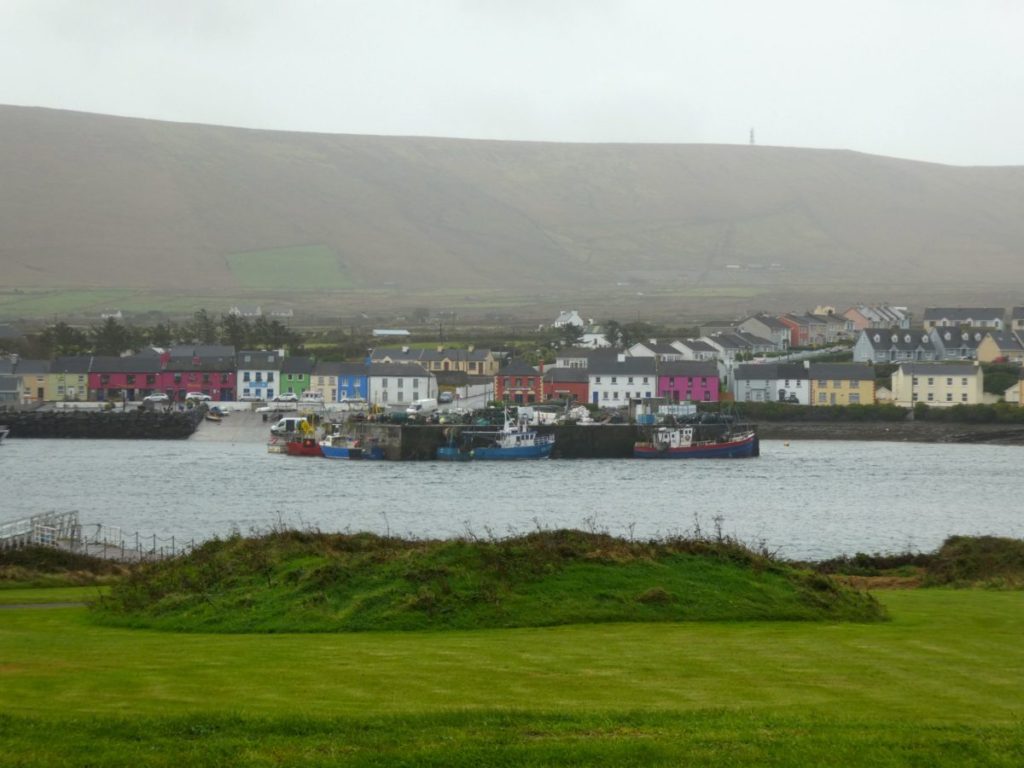 The tidy and colorful town of Portmagee is the starting point for most Skellig Michael trips.

This is a source of some frustration in Portmagee, where residents would like to boost the economy with more visitors. “Skellig Michael has survived Viking invaders,” said one local business owner. “I’m sure it can handle a few more tourists.” No doubt even bigger crowds are on the way after Skellig Michael made another appearance in The Last Jedi. Weather permitting, of course.

So, book your ticket in advance and take your chances. My payment was cheerfully refunded when the trip was cancelled due to weather. And here are some other things you can do to enjoy this scenic and friendly part of Ireland. You’re welcome.

The filming of Star Wars required a huge crew to stay in the area for several weeks, before and after the actors showed up. Monica Hussey, who runs the Portmagee Heights Bed and Breakfast, can’t disclose any details due to a confidentiality agreement, so there’s no sign saying “Director J.J. Abrams slept here.” But it’s a pretty good bet that more than one Hollywood A-lister called this charming B & B home during filming. Sleep well, you will, in the cozy bedrooms with modern ensuite baths. You’ll wake up to a stunning view from the hilltop and a hearty Irish breakfast. 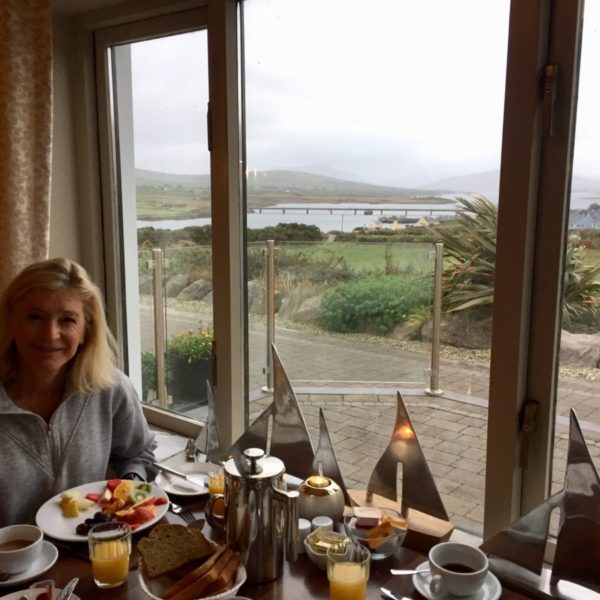 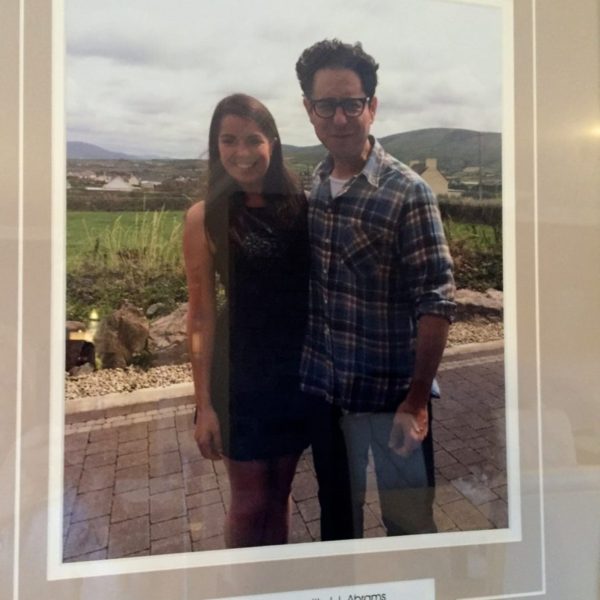 Portmagee’s harborside restaurants like The Moorings were a hangout for the Star Wars cast and crew, including actor Mark Hamill. Luke Skywalker tried his hand at pouring a proper pint of Guinness in the Bridge Bar, and the moment is endlessly replayed on a video. The photo op may also have helped to dispel erroneous press reports that the 63-year old actor had nearly died after falling on Skellig Michael’s slippery ancient rocks. 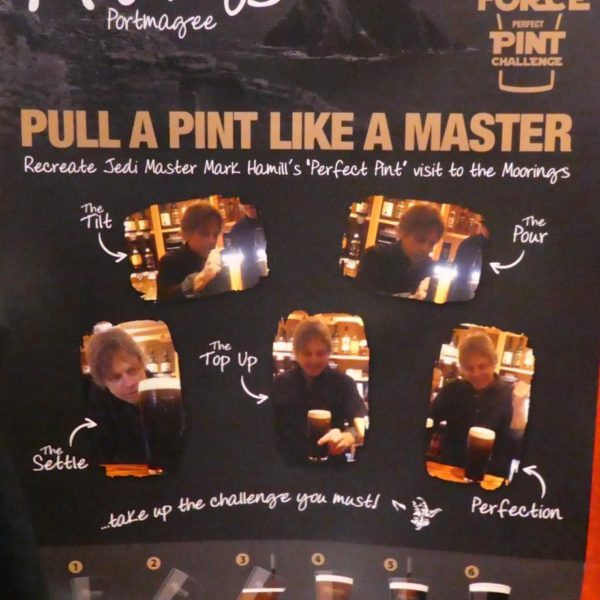 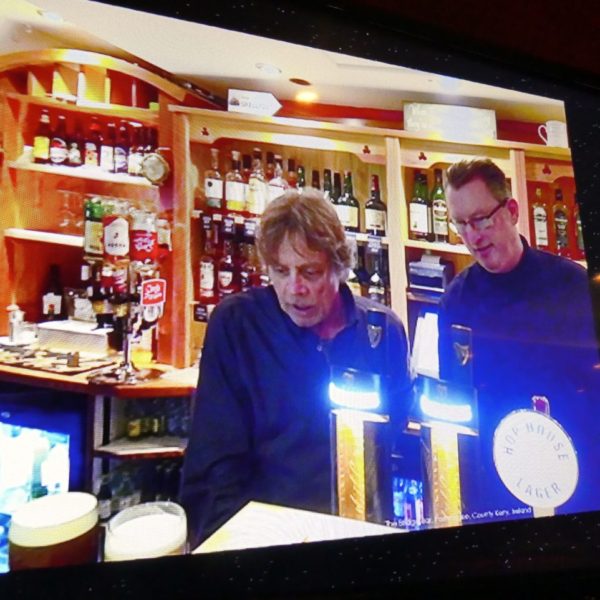 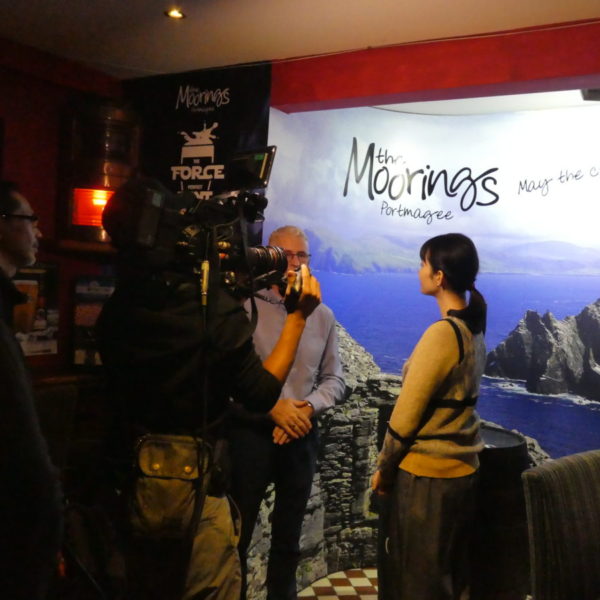 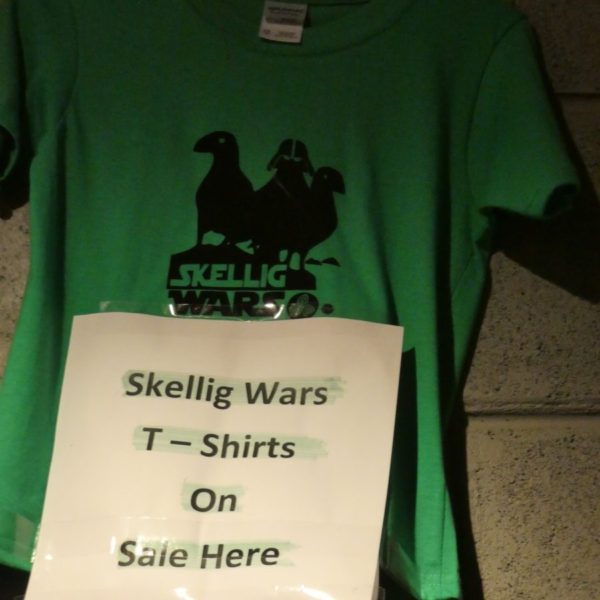 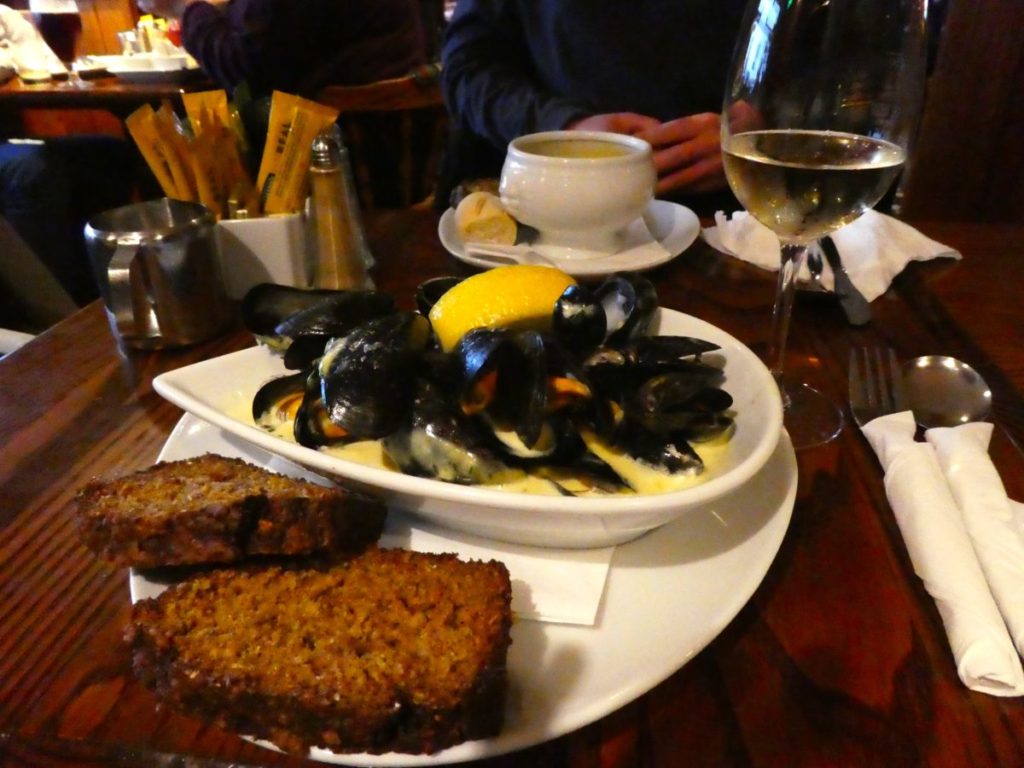 Delicious mussels in Portmagee: even better than the mussels in Brussels.

The Moorings also serves up plump, fresh mussels from the Atlantic Ocean. Just the thing to warm your insides after a tough day of battling Storm Troopers.

Use An Award-Winning Toilet

Unlike a Star Wars action figure, you will eventually have to use the restroom. The public loo near Portmagee’s harbor proudly displays its status as “Ireland’s Top Toilet.” You’ll appreciate it even more if you are able to visit Skellig Michael, because there are no facilities on the island or the boats and you’ll have to use this distinguished potty before or after your trip. Another sign warns that, in addition to “holding it” for a few hours on the 12 km trip to Skellig Michael and back, you could also die: “Fatalities have occurred.” 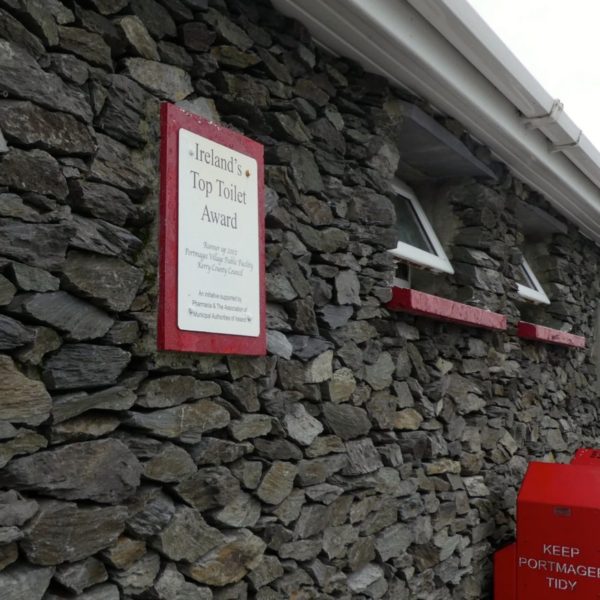 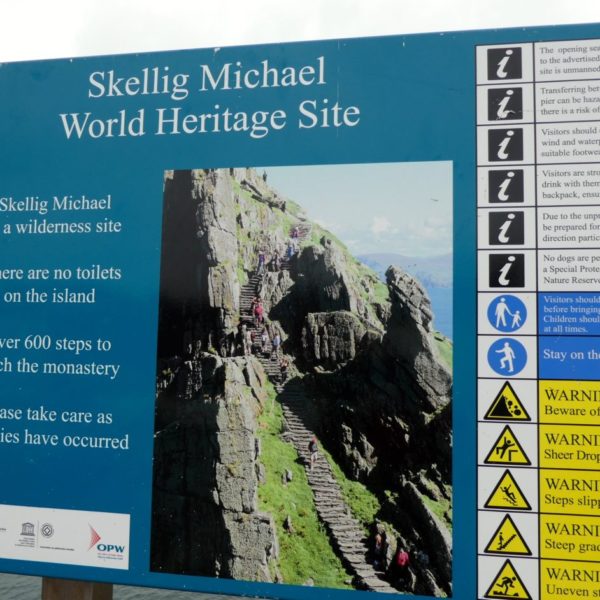 Across the bridge from Portmagee, The Skellig Experience provides insight into the islands’ remarkable role in preserving the Christian faith during a time of persecution. Monks traveled here in 6th century, building their fortress one handheld rock at a time. Long before Star Wars was a thing, this was an inspirational monument to the hardships the monks endured while preserving the Scriptures. However, religious pilgrims to the island may find themselves outnumbered: “There were light-sabers everywhere,” sighed one history buff. 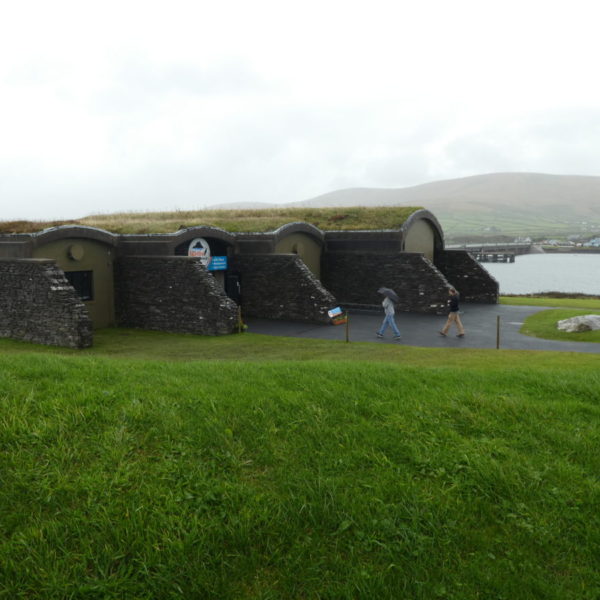 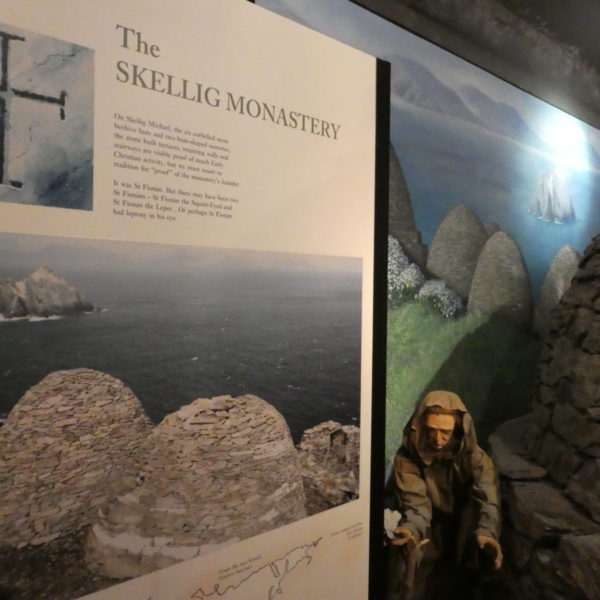 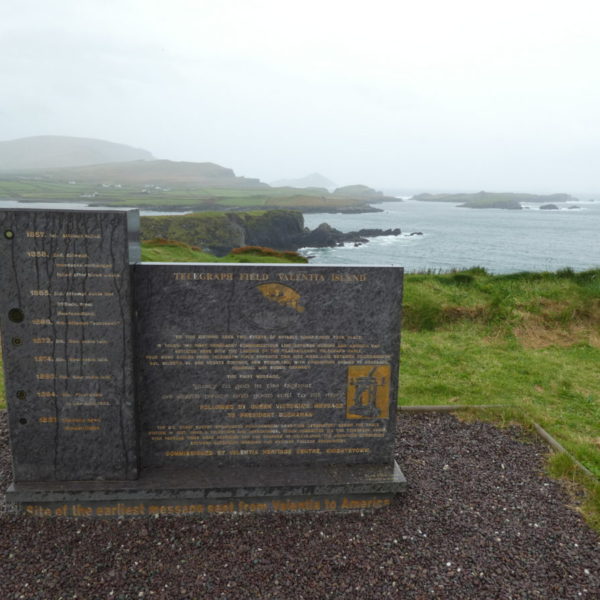 Technology geeks may also appreciate that the first telegraph cable crossed the Atlantic here and went onward to England and continental Euorope, with the some of the first messages sent by Queen Victoria and US President Buchanan in 1866.

Driving on from Portmagee, don’t miss Skelligs Chocolate. You’ll get generous tasting samples of the handmade artisan sweets. My favorite was the Irish Whiskey truffle. And of course, there’s a Star Wars photo op. 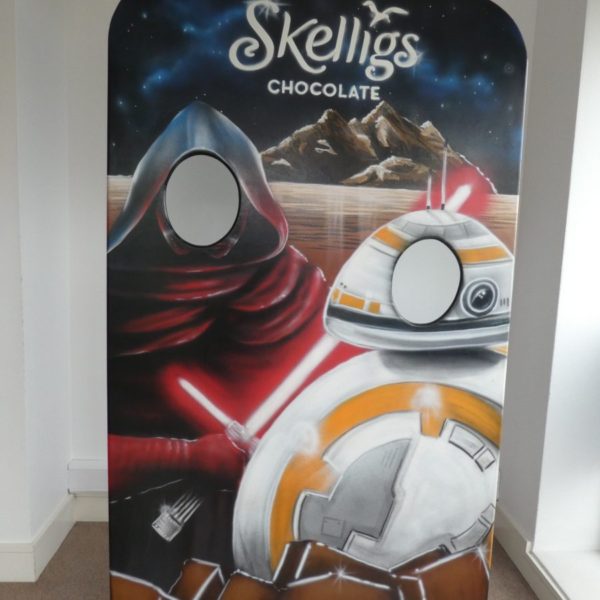 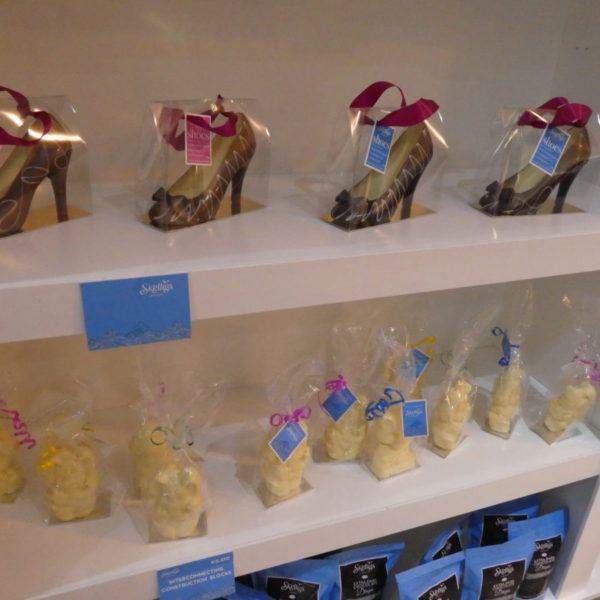 Keep your eyes peeled as you drive along the coast. You’ll be able to tell your fellow Star Wars fans that you saw Skellig Michael — from a galaxy far, far away. This drive is not for the timid. Some parts of the road are barely wide enough for one car, never mind two. 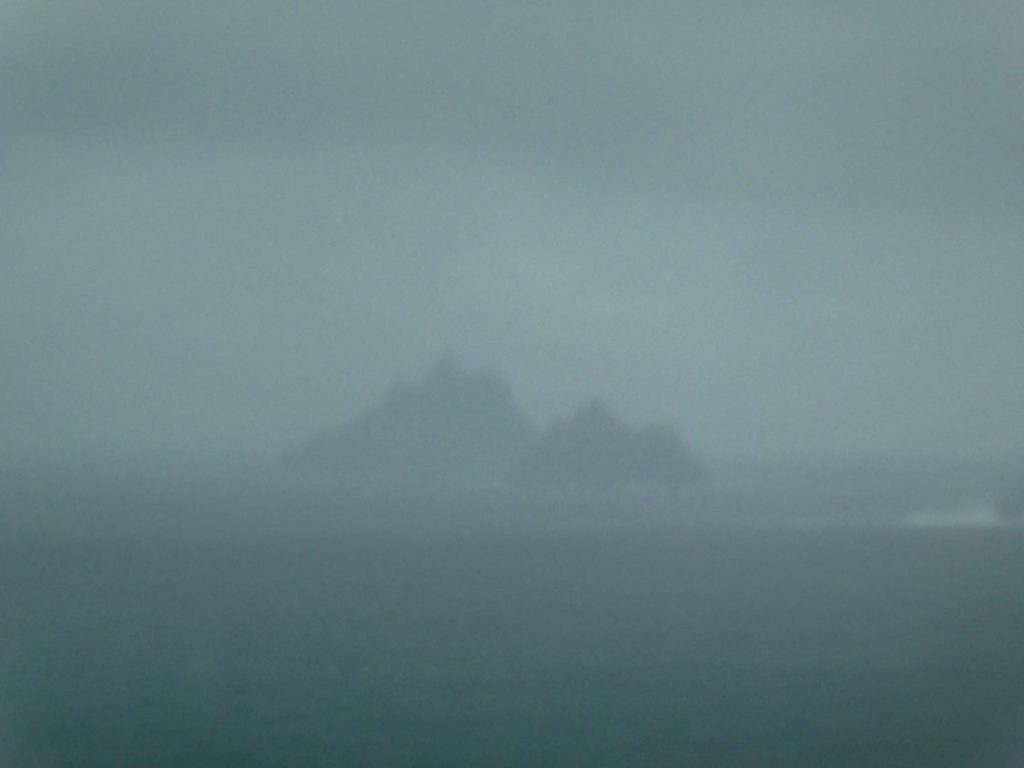 Mocking me at a distance, Skellig Michael was visible from the coast.

Continuing the drive on the Ring of Kerry, don’t miss the atmospheric ruins of the Staigue Ring fort. Local residents believe this structure, built as early as 500 BC, was also a place of healing. 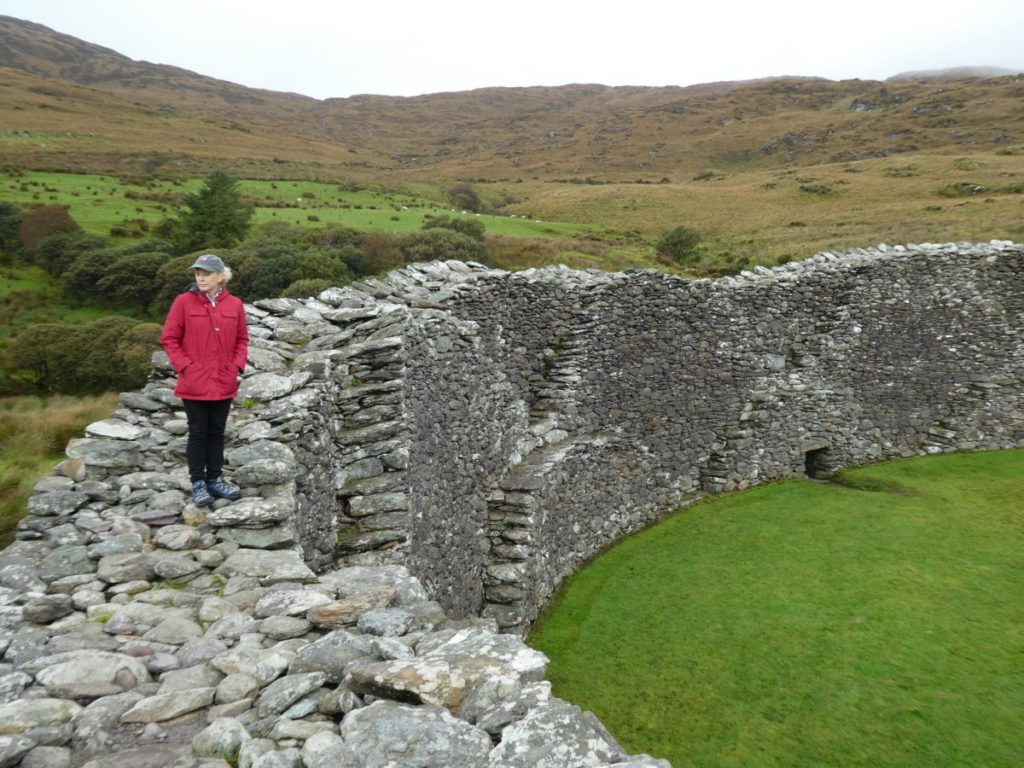 An ancient Druid “fort” is just one of the wonders on the mainland.

If you have a bigger budget, there’s another way to get to Skellig Michael — on a custom helicopter tour with Aerial Adventures, organized by Irish Star Wars producer and location manager Naoise Barry. Even though I didn’t get to walk in the cinema footsteps of Luke Skywalker this time, visiting this beautiful corner of Ireland was a memorable experience. And I have a reason to go back. If the Force is with me. Weather permitting.

Want more stories about visiting places that are connected to your favorite films and TV shows? Check out my post on beating the crowds at a Game of Thrones backdrop, Dubrovnik in Croatia. Like @strangersinthelivingroom on Facebook, and sign up for the occasional email when there is a new post. Follow me on Trip Advisor @strangersblog. Watch my fun travel videos on YouTube. Pinning this post? Get more travel ideas from Strangers in the Living Room on Pinterest. 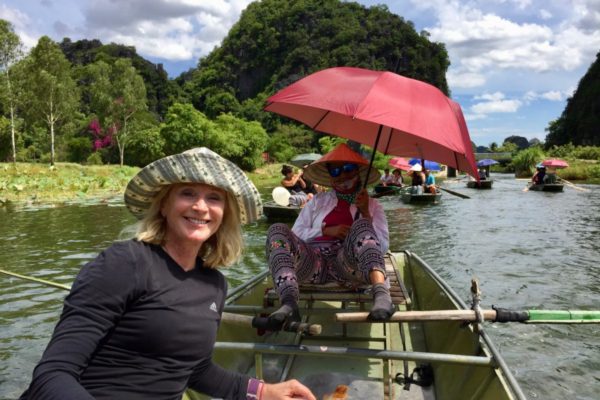 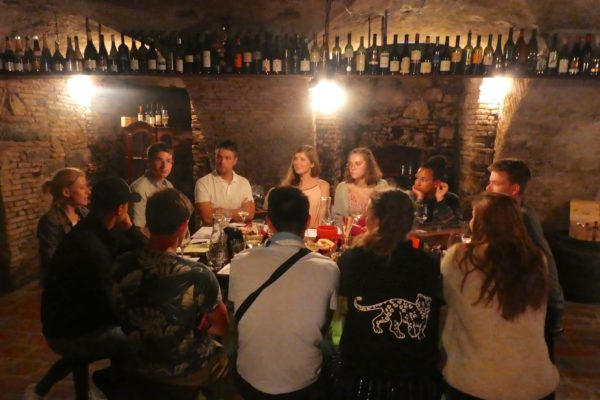 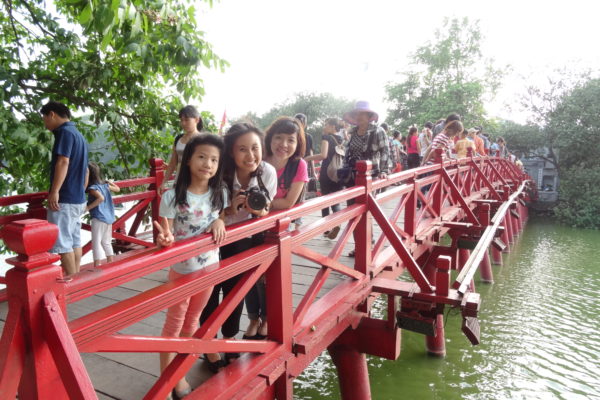