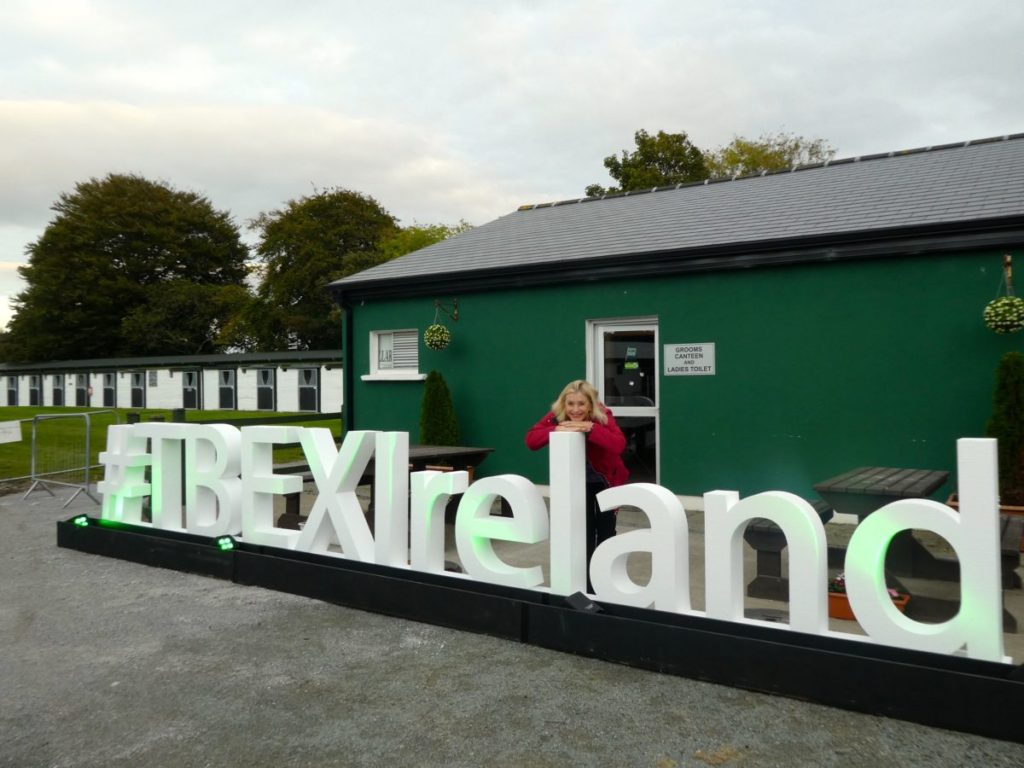 I came to Killarney, Ireland to learn about transforming my travel blog from a labor of love to a real business. But there is so much more to this international gathering of passionate travel influencers! Here are the top takeaways from a first-time attendee:

I signed up early for only $157. A bargain, considering that it included some lavish parties, coffee breaks and two sit-down luncheons, hosted by Creative Ireland and Tourism Northern Ireland, plus one pre- or post-conference trip which I’ll describe in another post. All conference sessions were included, plus a sign-up for a “Blogger Bridge” to connect with potential sponsors and partners during “speed networking” sessions. Some specialized small-group workshops were offered at additional cost. Takeaway: if you can afford the costs of getting there and staying there, it’s worth it. Only superstar influencers get free flights or hotel. 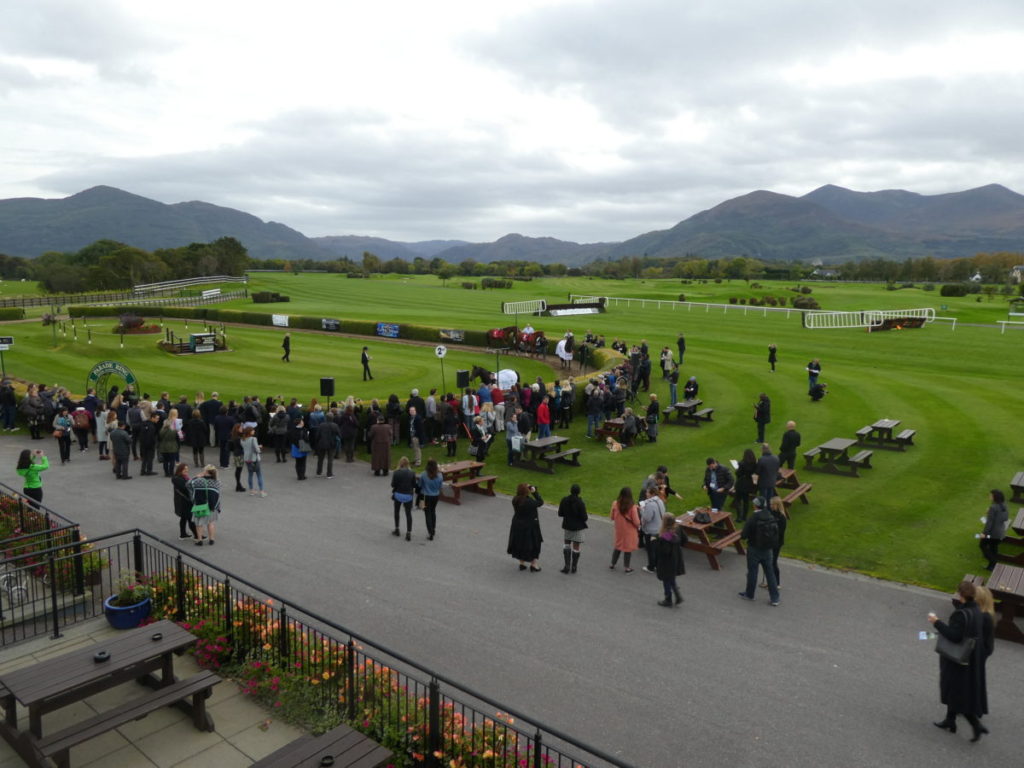 I’ve been in the Top 1% of Trip Advisor reviewers for years. But even with 180,000+ readership, I never actually met anyone from Trip Advisor until I came to TBEX. Not only will I qualify for a higher commission rate from advertising on my blog, I also got to ask some burning questions like, “What are all those reviewer points good for, anyway?” (Answer: nothing at the moment, but stay tuned because a redemption program is under consideration.) 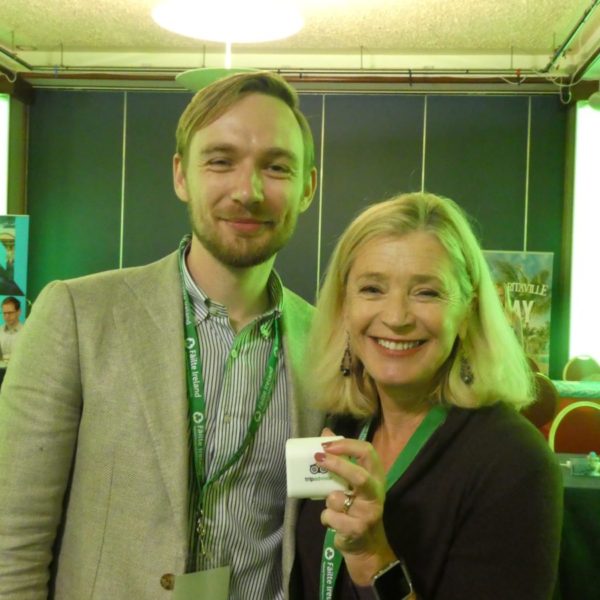 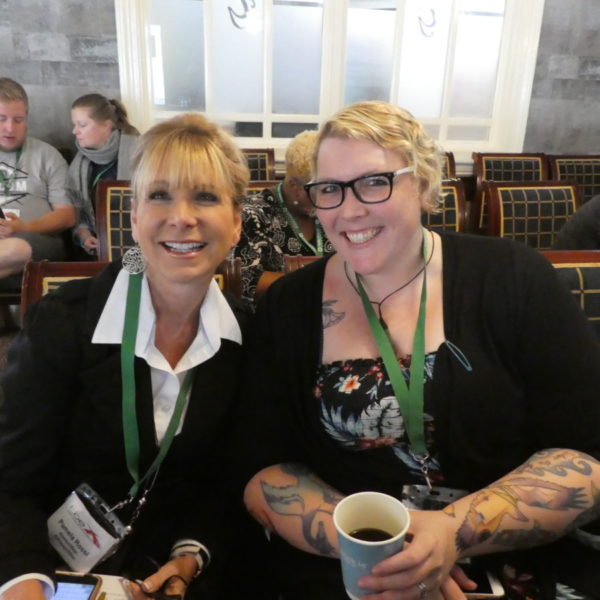 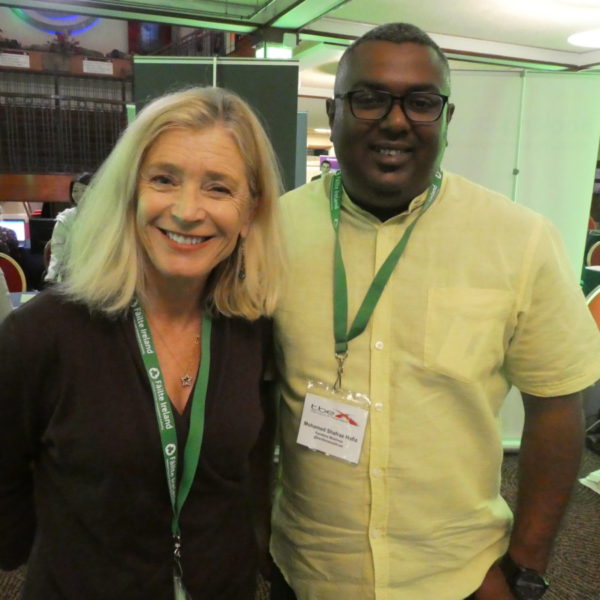 Another bonus was meeting other travel bloggers. The group from my pre-Bex tour became familiar faces in the crowd. It was helpful to discuss startup issues with others who have been doing it for a while. I felt like a fangirl when meeting people I have followed for years, like the couple behind My Tan Feet in Costa Rica. I also made a new connection at the Kandima Resort in Maldives, a country where I have been teaching journalism since 2008, and hope to return to do some travel writing. Takeaway: new friends.

Although I’m a longtime professional journalist, I’m a relatively new travel blogger. My web site’s startup numbers were only enough to attract a few speed networking appointments. I had pretty good luck just dropping by the tables I was interested in, during times that were not speed networking. However, new bloggers should not go to TBEX with visions of being invited on luxury tours. Mostly people were interested in talking to me about writing for their site or putting their advertising on my site as I continue to grow.

Speed networking didn’t work too well for a newcomer, but I dropped by a few tables at other times.

Several TBEX speakers offered a “believe in yourself” message, opining that numbers don’t matter if you have followers who are really engaged. However, the person offering such advice would typically have 100,000 Instagram followers. And despite lots of advice to newcomers to “find your niche,” the highly successful guy who gave the keynote speech has a blog called  “Everything, Everywhere.” 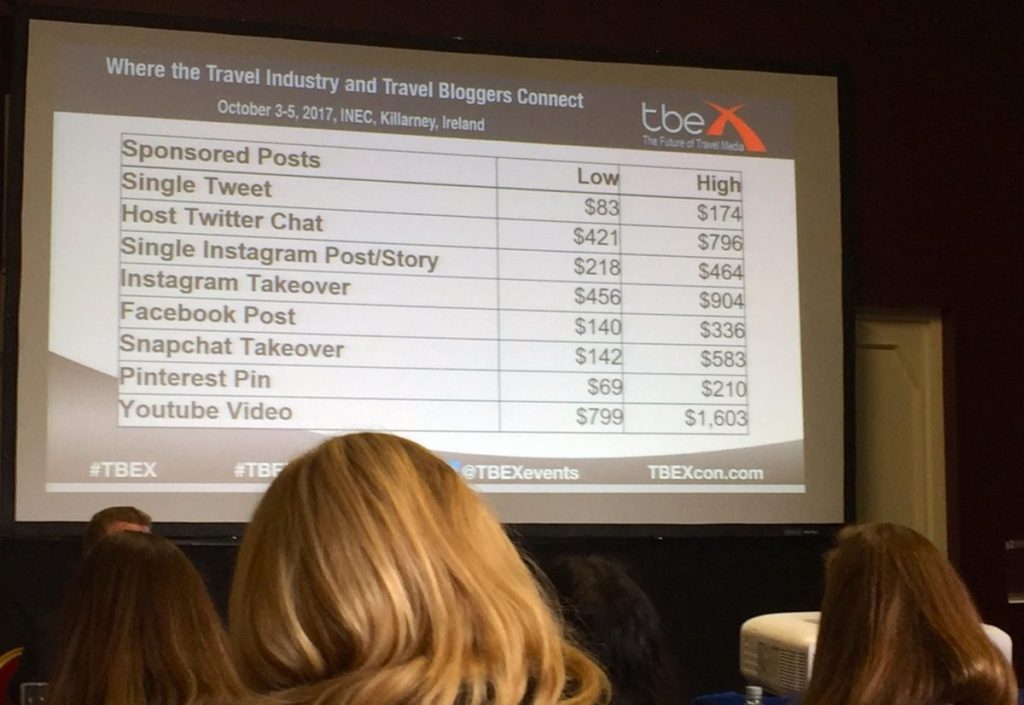 A shocking takeaway from TBEXIreland.

One of the most shocking takeaways was learning how much some travel influencers — they don’t like to be called bloggers — charge for a single post or tweet. Plus the fact that some travel providers are willing to pay even more to reach the right audience. Takeaway: Numbers matter. Except when they don’t.

Silly me. I thought Instagram rewarded people for posting pictures from their phone in the moment. Turns out that the people with gigantic numbers of followers spend time to Photoshop or Lightroom their pix to death before posting unbelievable but gorgeous images. This may be a good strategy if you’re a scantily-dressed millennial whose goal is to photograph Coke bottles at the Olympics for a hefty fee. But I’m the type who’d rather cover the Olympics. 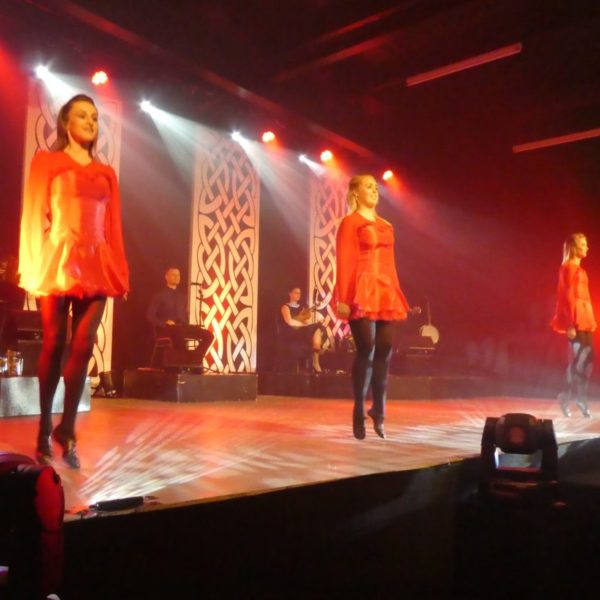 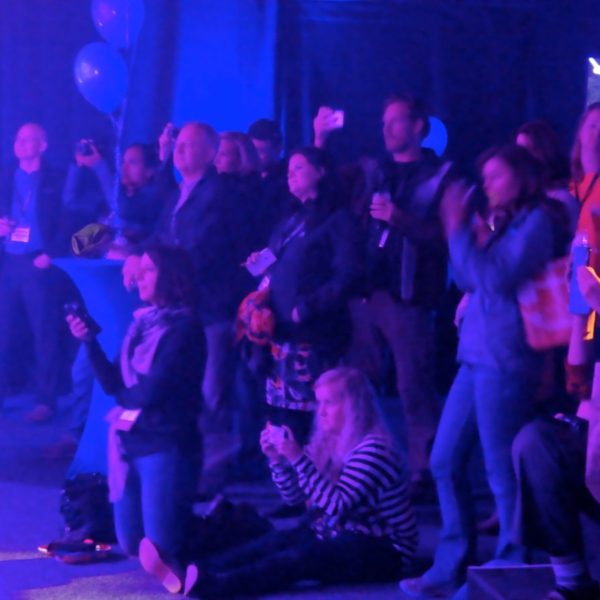 And, with a blog targeting active travelers aged 50+, I don’t think my readers make travel buying decisions based on Instagram, no matter how gorgeous the images may be. Takeaway: If Instagram isn’t your thing, don’t worry about it. Instead, concentrate on SEO and the social media platforms where you can make a difference.

A consistent whine from the speakers was the disappointment over changes in Facebook algorithms that limit the reach of your posts, unless you pay for a “boost.” Most agreed that such changes in social media are inevitable, and the best strategy is to build your following from organic Google search.

A forward-looking perspective came from Hashtracking.com‘s Ciaran Blumenfeld. Through a fascinating group exercise, she showed how artificial intelligence will quickly weed out those who are using bogus hashtags to get clicks. Takeaway: Use fewer hashtags but make them count. Authenticity matters. 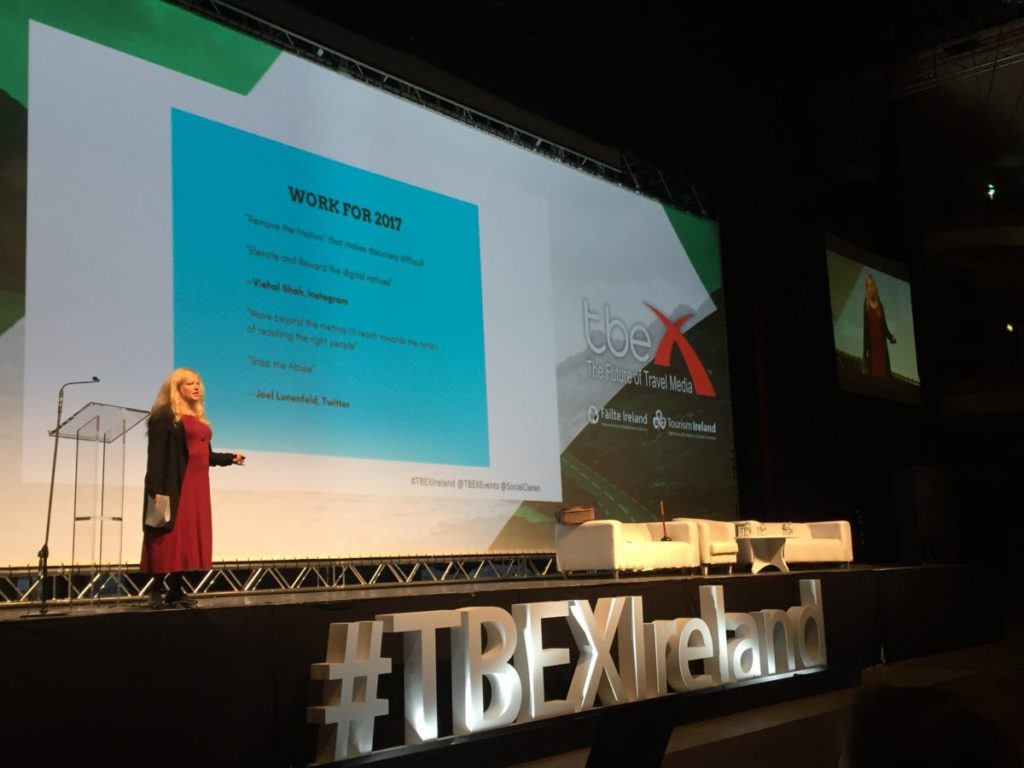 After more than 20 years as a professional journalist and journalism educator, I wasn’t sure I’d learn anything at TBEX. The fact is, I learned how much I still have to learn in order to be successful in my new venture. And there are some great people in the travel blogging community who are willing to help. For another take on lessons learned from TBEX, check out this post from The Upbeat Path.  Learn more about upcoming TBEX events here.

Love to travel, but not like a tourist? Like @strangersinthelivingroom on Facebook, and sign up here for Terry’s latest travel posts. Follow me on Trip Advisor @strangersblog. Watch my fun travel videos on YouTube. Pinning this post? Get more travel ideas from Strangers in the Living Room on Pinterest. Thank you for clicking on the ad displays on this page to shop for airfare, car rentals or hotels. It supports my travel journalism at no cost to you. 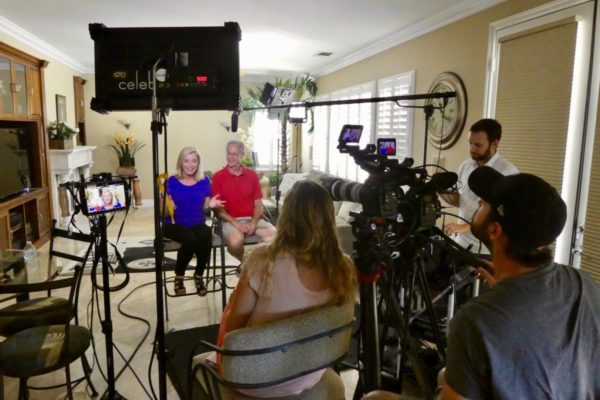 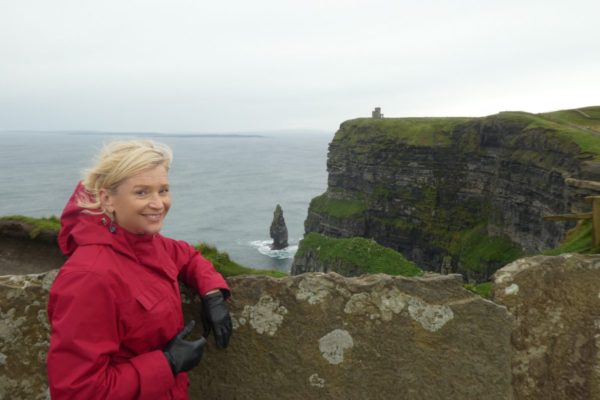 Free Hotel or Tour in Istanbul