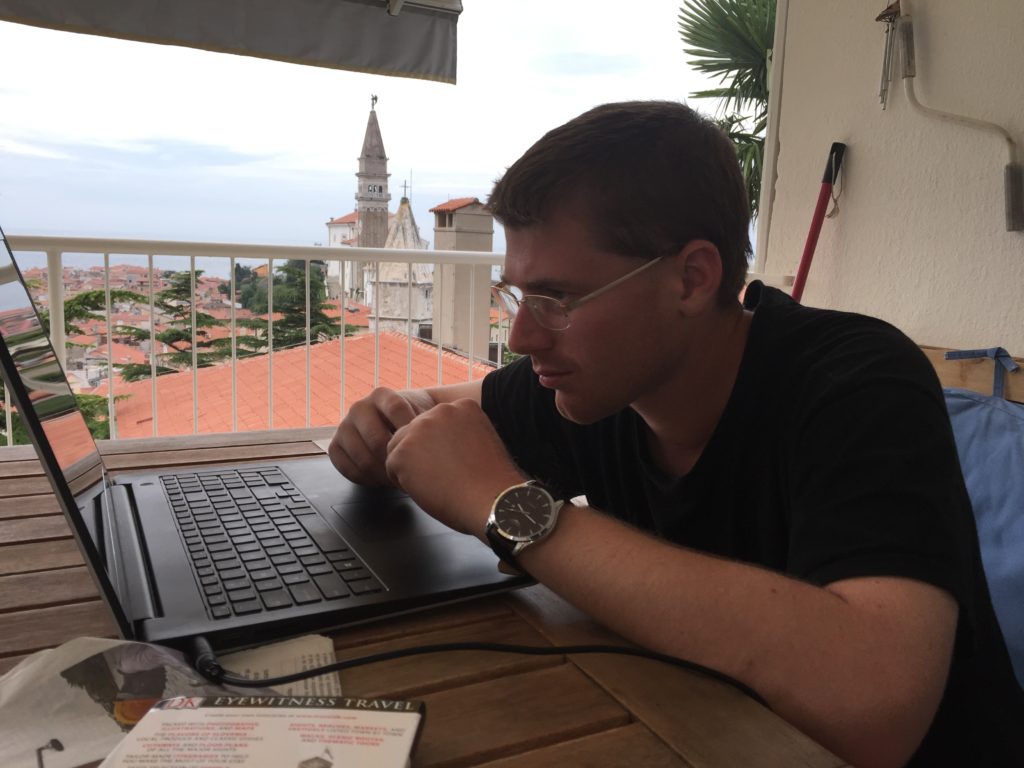 Your summer vacation in Slovenia can include history and culture, memorable food and wine, outdoor adventures and even learning the language. Or, you could just write a book — or three.

Andrew Anzur Clement might have seemed like any other tourist visiting Piran, the jewel on Slovenia’s Adriatic Sea coast. But when he wasn’t enjoying the sun, the food and the culture he was working on his debut novel , a YA historical fantasy that grew into an action-adventure trilogy, Keepers of the Stone. 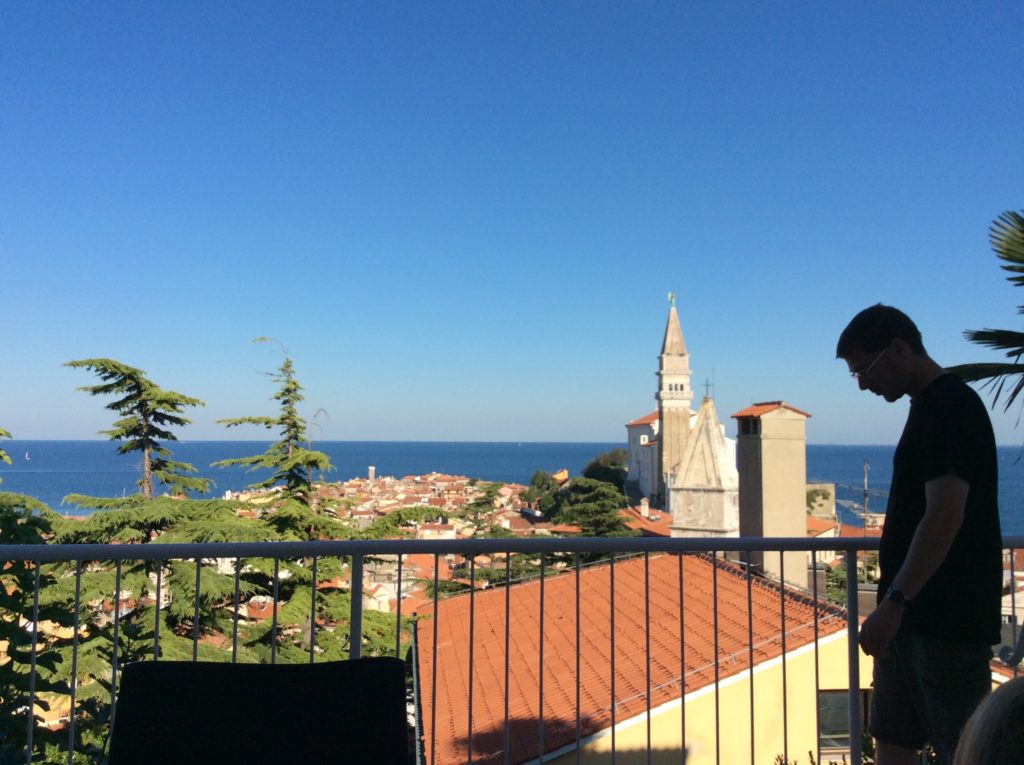 Author Andrew Anzur Clement finds inspiration for his books in Piran and other historic locations in Slovenia.

The books recount the adventures of an international band of misfit teenagers in the late 1800s. Joining forces with mystical allies, they must battle the evil Urumi — Dark Warriors with superhuman abilities. They must stop at nothing to safeguard an all-powerful stone. The mission will take them to new lands and change their lives.

Keepers of the Stone

Keepers of the Stone is, in part, a sequel to a classic novel written by Henryk Sienkiewicz. In Desert and Wilderness is the only children’s book written by the Nobel Prize-winning Polish author. It became an anthem for young Poles, during a time when their country was partitioned and did not even have a place on the map. The story has also been made into a movie twice. Andrew read the book in the original Polish and loved it so much that he translated it into modern English to bring the original story to a new generation of readers. The new translation of In Desert and Wilderness is available here.

The main characters in the original story — a Polish boy named Stas and a younger British girl named Nell — survive a kidnapping in Africa and many other adventures. Keepers of the Stone takes place a few years later. As teenagers, Stas and Nell become caught up in the battle to protect the powerful jewel from the Dark Order. 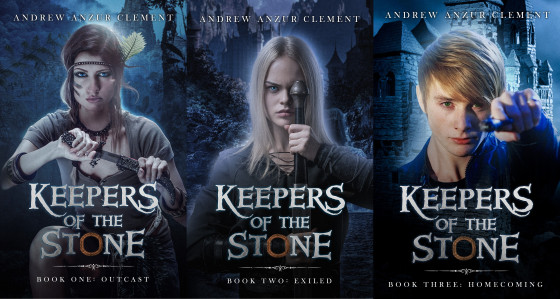 The Keepers of the Stone trilogy is a historical fantasy action adventure story, as a band of misfits fights the evil forces of the Urumi to control a powerful stone.

You don’t have to be familiar with the classic Sienkiewicz novel to enjoy this new trilogy. Fans of strong heroines like Wonder Woman will be captivated by Malka, a girl raised by a Sect of Thieves and trained to kill in service to the Black Goddess she worships. Her story begins in a remote corner of the British Empire, in what is now India and Pakistan. I can’t say more about other new characters without spoiling it for you. 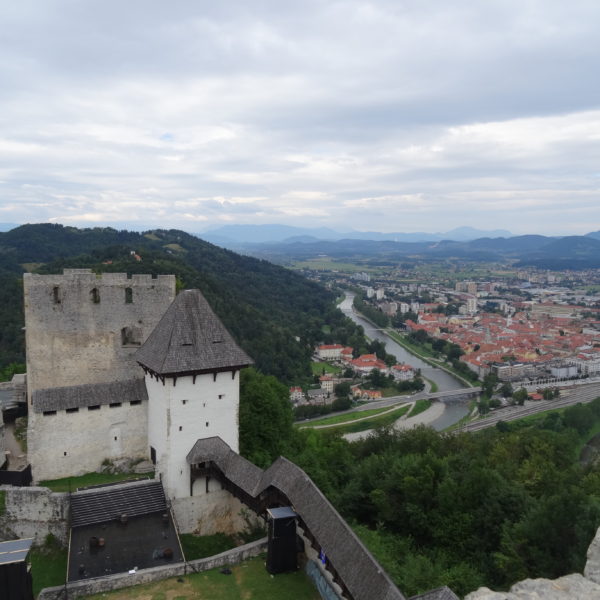 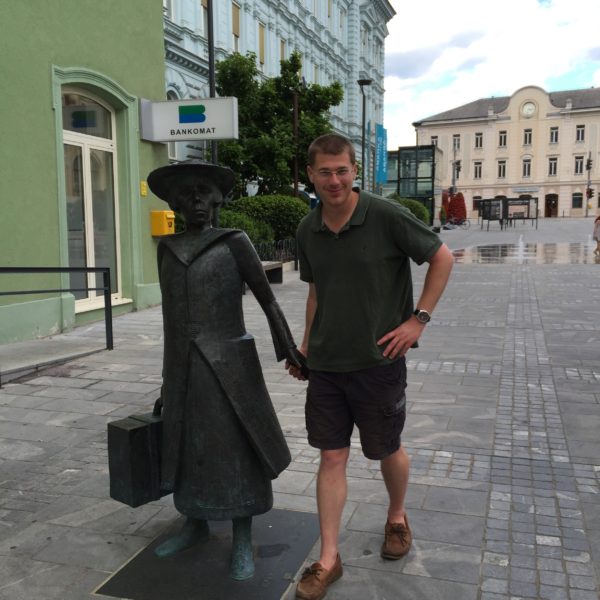 So what does this have to do with Slovenia? Anzur Clement has embraced his heritage from Poland on his grandmother’s side of the family and from Slovenia on his grandfather’s side. He has become a dual citizen of the USA and Slovenia, through ancestry. There are a few hints that one of his main characters may be of Slovene descent.

Andrew went on to explore this heritage further in his next series, Voyages of Fortune, inspired by a visit to the castle of Celje and its role in European history.

The characters in Voyages of Fortune interact with real historical figures from Celje:

Update: Since that inspirational vacation in Piran, Andrew has made a permanent move to Ljubljana, the capital city of Slovenia. Inspired by the events leading up to Slovenia’s independence in 1991, he has written a new series of books in the genre of alternate history. 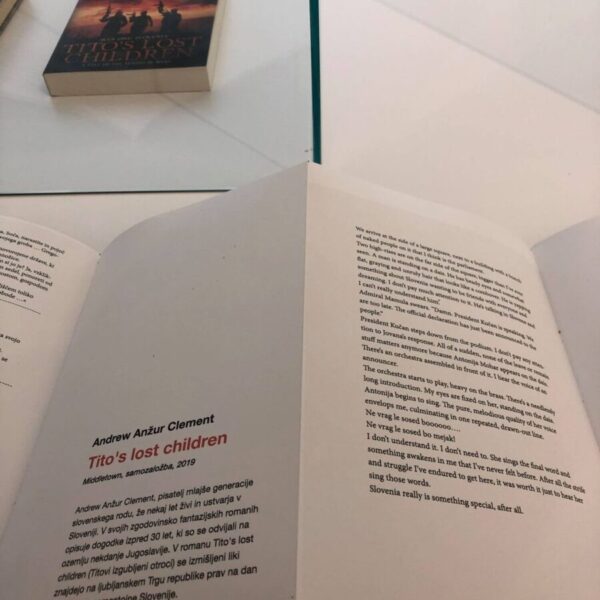 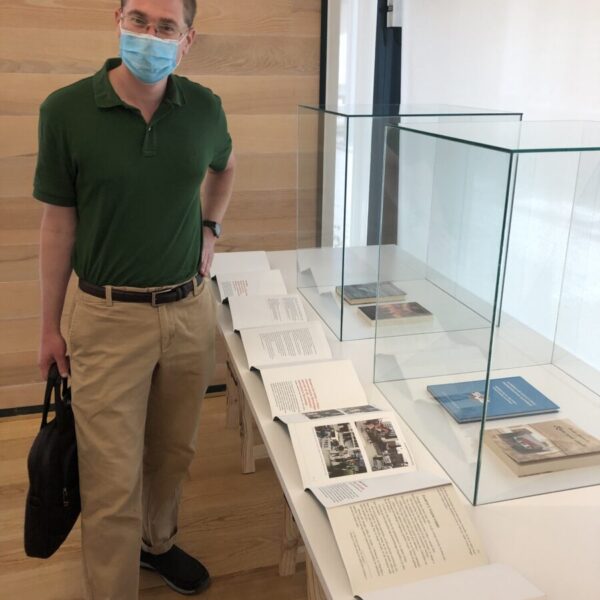 Tito’s Lost Children follows a fictional band of young adults during the real events that led up to the Balkan Wars. Can the secret daughter of Yugoslavian leader Josip Broz Tito keep the country from falling apart? Click here to download and start reading Tito’s Lost Children. The story continues with the next generation in Europe’s Lost Children, as a covert fighting force battles Brexit, terrorism, corruption and the migrant crisis.

An excerpt from Tito’s Lost Children was selected for an exhibit at the Slovenian Ethnographic Museum (SEUM) in Ljubljana, celebrating the 30 year anniversary of the country’s ten-day war of independence. 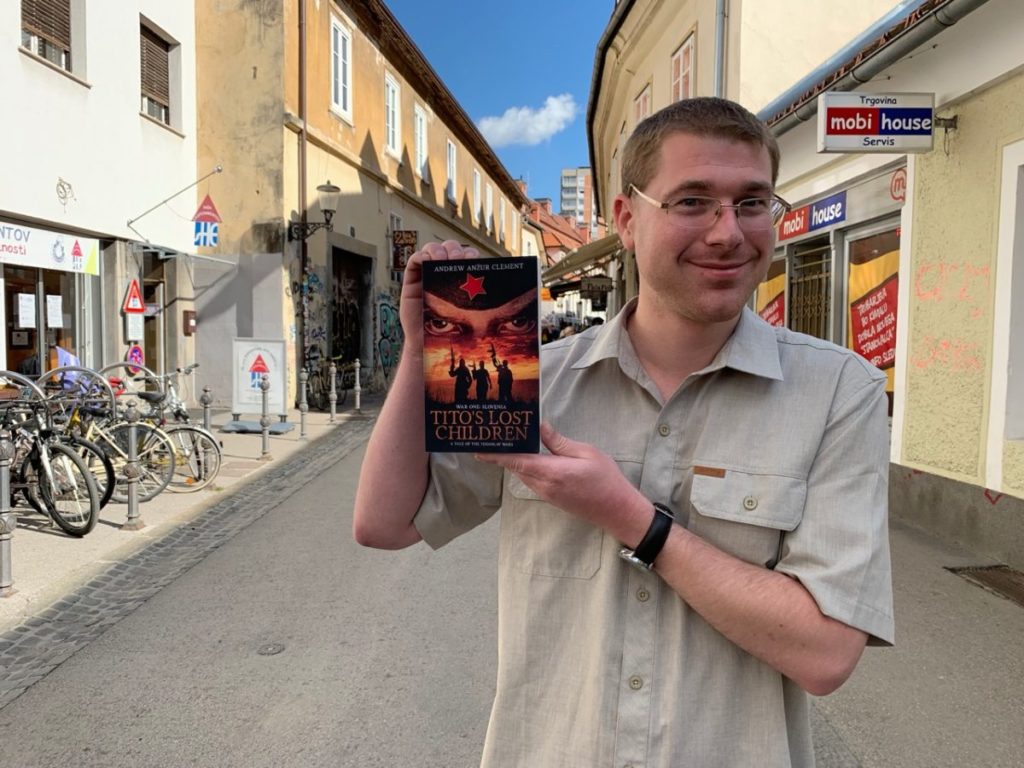 Where to Buy Books by Andrew Anzur Clement

This blog is all about the kindness of strangers. And I hope you, dear readers, will be kind enough to  give this new Slovene-American author a try. Visit Andrew’s blog and click on the link to download two books to your e-reader for free! One of them is a collection of short stories. You’ll learn the backstories of some of the Keepers of the Stone characters, including Liza — the shapeshifting felinoid on the cover. The other is a short novella that will break your heart. It’s the story of a young boy kidnapped by extremists and forced to fight as a child soldier in the Kosovo War. 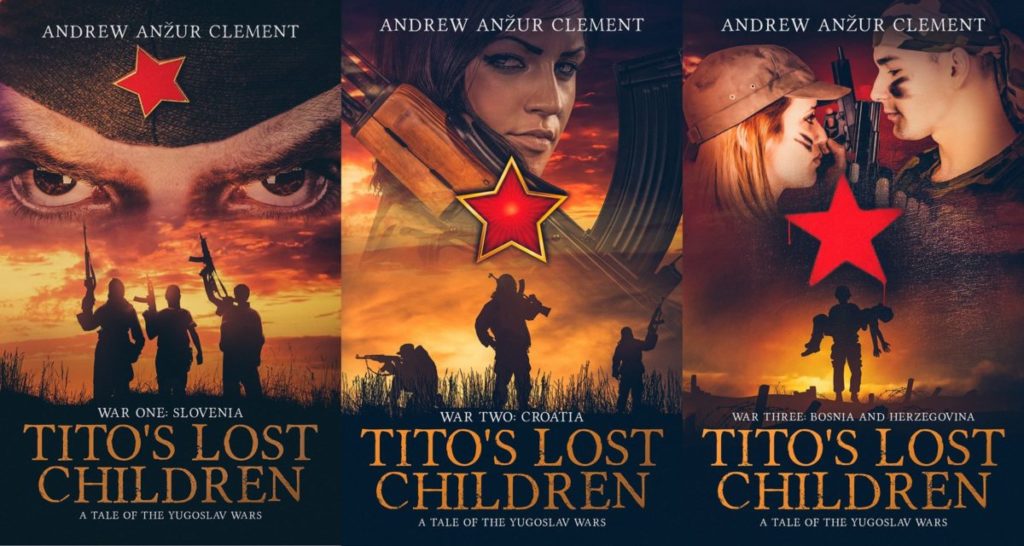 The Tito’s Lost Children trilogy is an alternate history of the breakup of Yugoslavia, told through the eyes of a fictional group of young adults.

A third free download is bonus content for another series, The Russia Chronicles. These books tell the story of an American teenager, lost in Moscow, who must survive with the help of a band of homeless Russian kids living in the secret Second Subway. Content warning for drug abuse, graphic violence and lots of profanity, 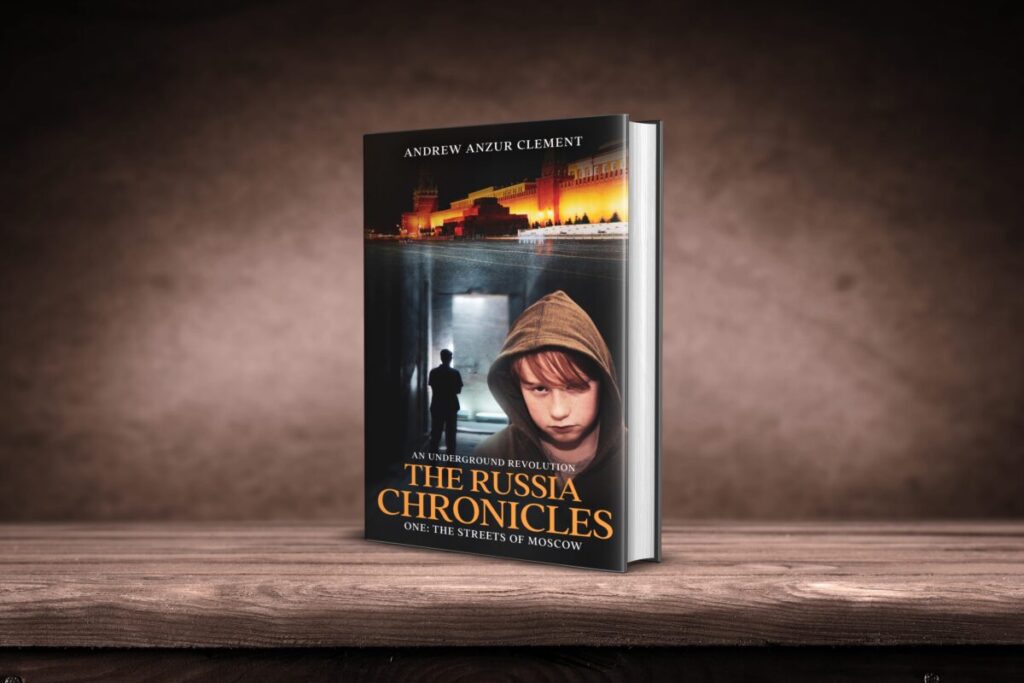 Book 1 of The Russia Chronicles by Andrew Anzur Clement. A lost American teenager in Moscow must survive with the help of homeless Russian kids who live in the secret Second Subway — and have secrets of their own.

Andrew’s move to Slovenia was featured in two episodes of the popular House Hunters International series on HGTV. Find out what happened behind the scenes of the show here. Since moving to the homeland of his ancestors, Andrew has more than 20 books in print.

Disclosure: he’s my son. Andrew holds a PhD in European Studies from the Universite Libre de Bruxelles in Belgium. His stories also draw inspiration from Shakespeare and classic operas, as he explores real historical events and some fascinating Slavic myths that are less well known in the English-speaking world. Read more about Andrew on Total Slovenia News.

The future of the world in the hands of misfit teenagers and their mystical allies: What could go wrong? As Andrew himself might say, with a delicious smile, “Do you really want to find out?” 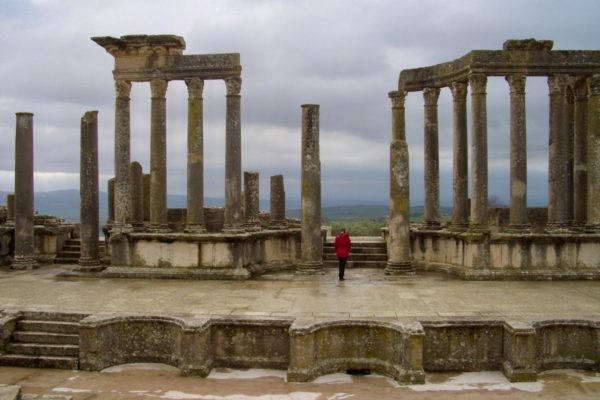 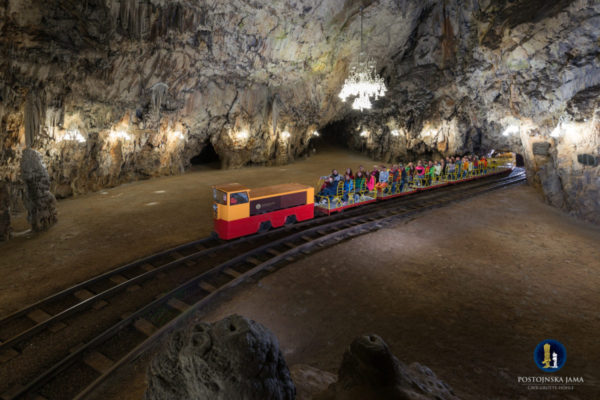 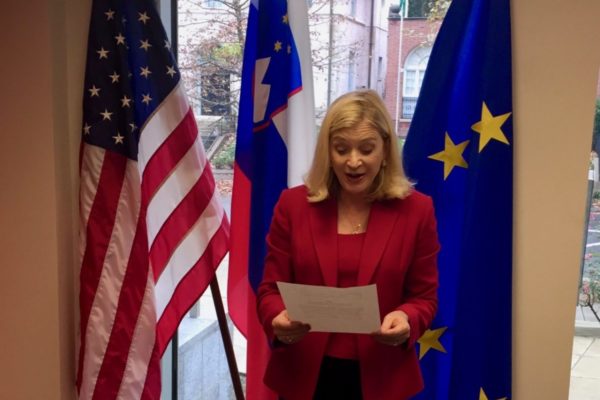 Dual Citizenship in the USA and Slovenia through Ancestry