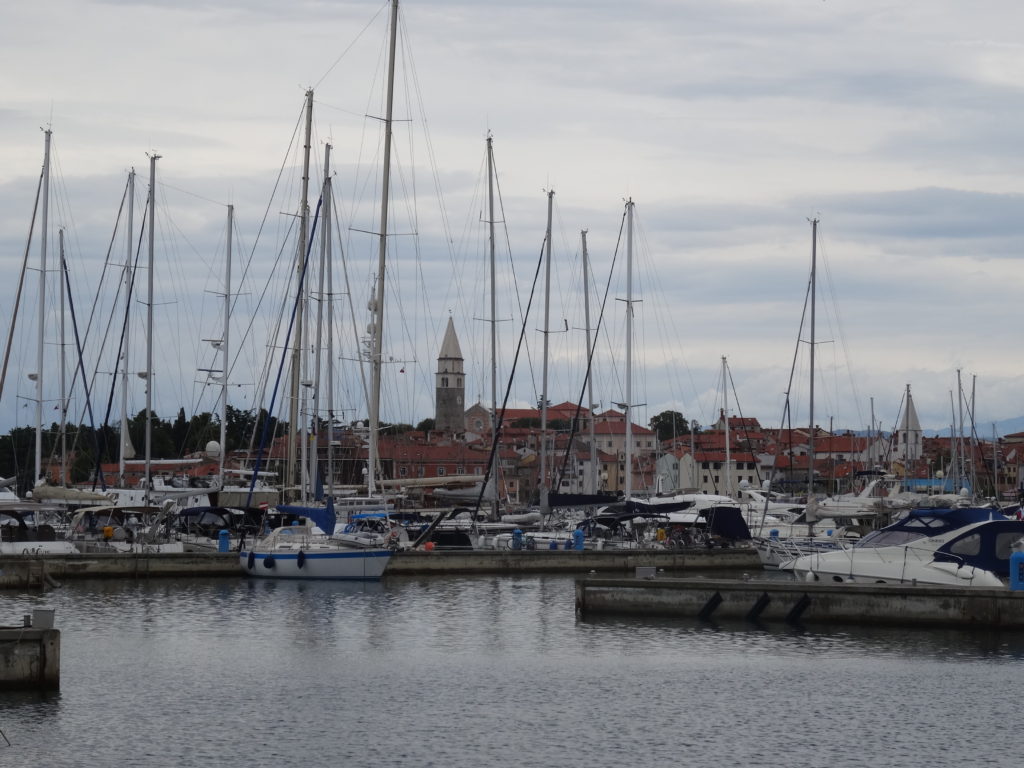 Slovenia’s coastline, one of the smallest in the world, can easily be explored in a day trip to the fishing town of Izola and the country’s main port, Koper.

We made the short drive from our vacation rental in Piran and parked on the outskirts of Izola. Walking through the marina, we reached the old town. It has the feel of an island, with waterside cafes, parks and swimming areas. There’s lots of Venetian flavor in the churches and small palaces, but even a nod to the more recent Yugoslav times. 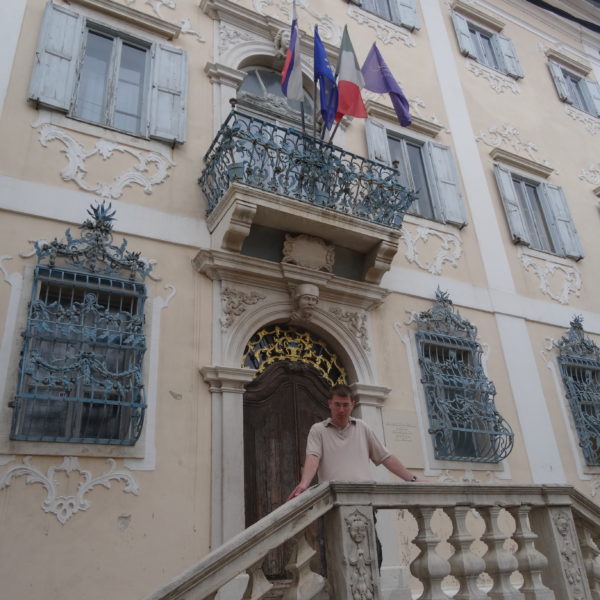 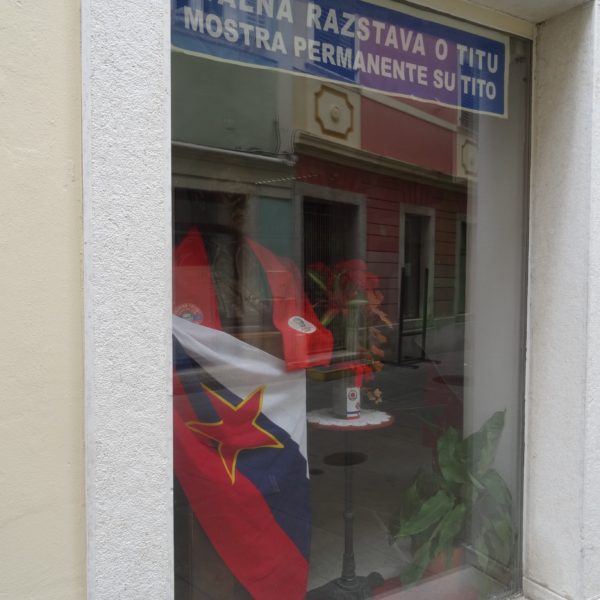 This area was part of a free territory that was divided after World War II, with Trieste going to Italy, and the smaller port city of Koper and town of Izola belonging to the former Yugoslavia. Most of the 15,000 residents today are Slovenians, but Italian is also an official language. There used to be a small coastal railroad, so if trains are your thing you’ll want to visit the museum devoted to it. The winding lanes contain a number of local artisan studios and shops. 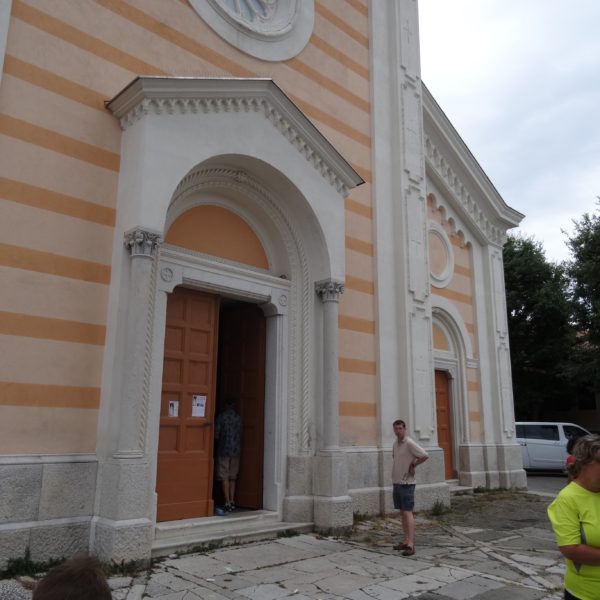 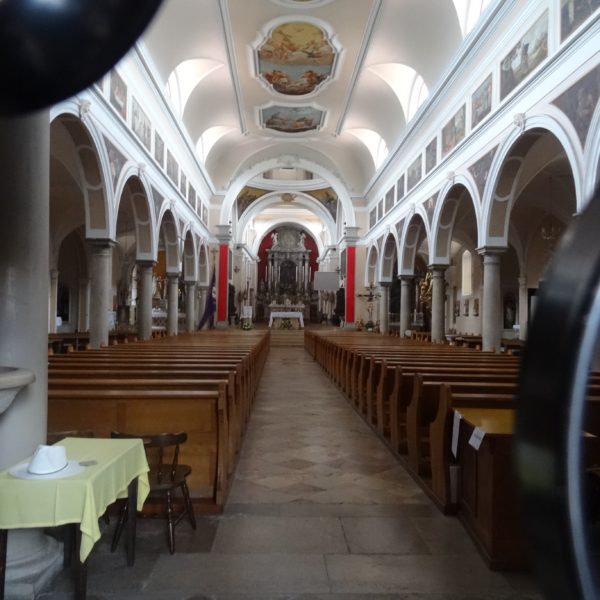 Izola is often overlooked by tourists, but if Piran and Potoroz are booked, you might find a nice (and slightly cheaper) hotel or rental here. The town’s coat of arms has a white dove, symbolizing the bird that saved the town from Genovese invaders in the 1300s. The townspeople gathered to pray, and the town was covered with a miraculous white cloud while a dove led the invaders back out into the open sea. 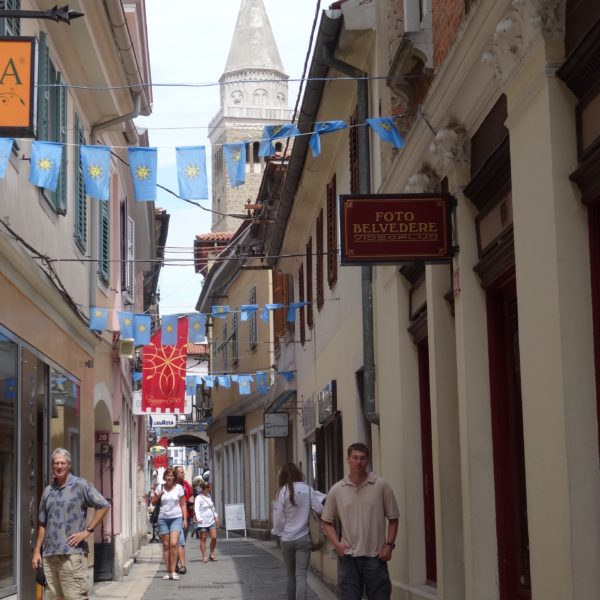 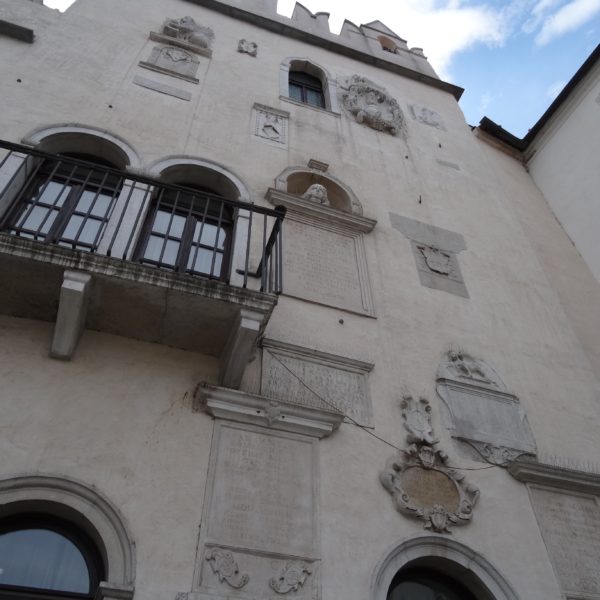 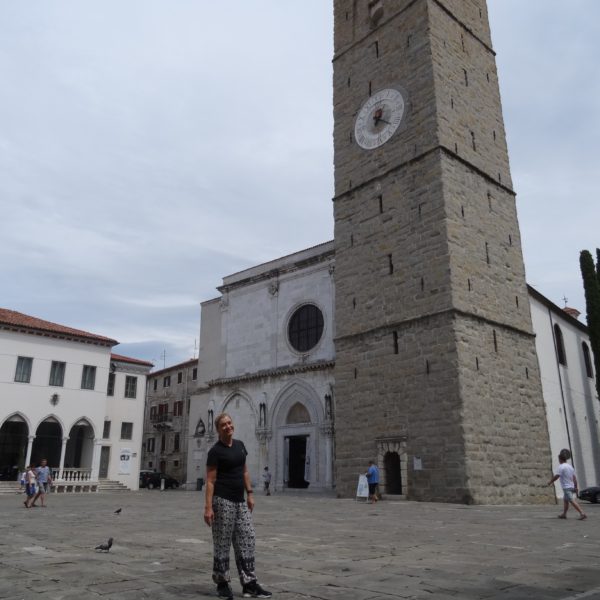 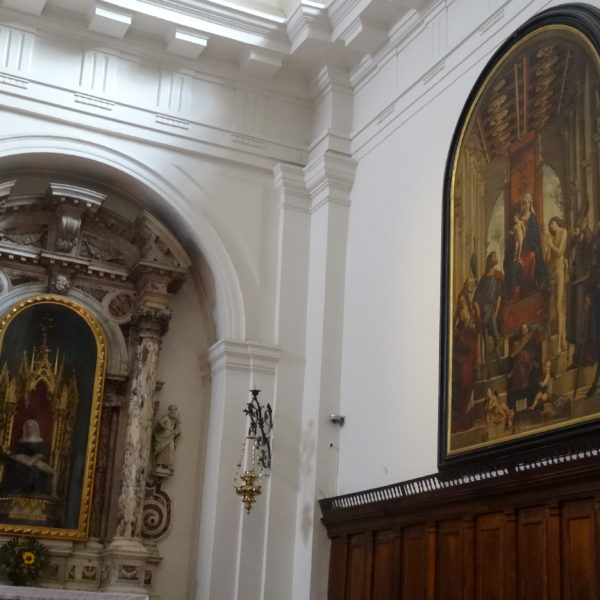 Back in the car, we made the short drive to Koper and parked in a shopping area not far from the old city. The winding streets of the old port town mostly lead to Tito Square, where you can admire the Venetian-Gothic Praetorian Palace and the Cathedral of the Assumption. The tourist information center is on Tito Trg, and the city has a helpful tourism website. There’s a choice of hotels and other rentals, offering perhaps less seaside charm at a value price. 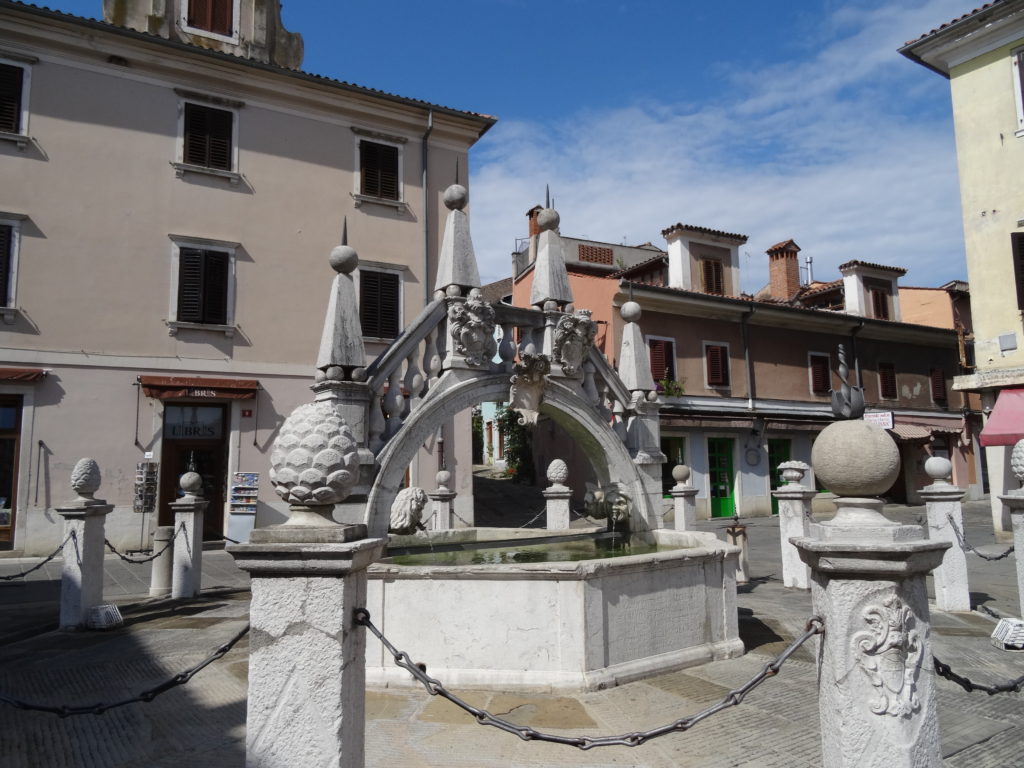 We also happened upon the Fontana de Ponte in another charming square near the Muda Gate, dividing the older and newer parts of town. We met friends for coffee by the sea before heading back out of town through a shopping area of big-box stores — a good place to stock up on grocery staples, which we supplemented with our daily fresh finds in the local street markets. 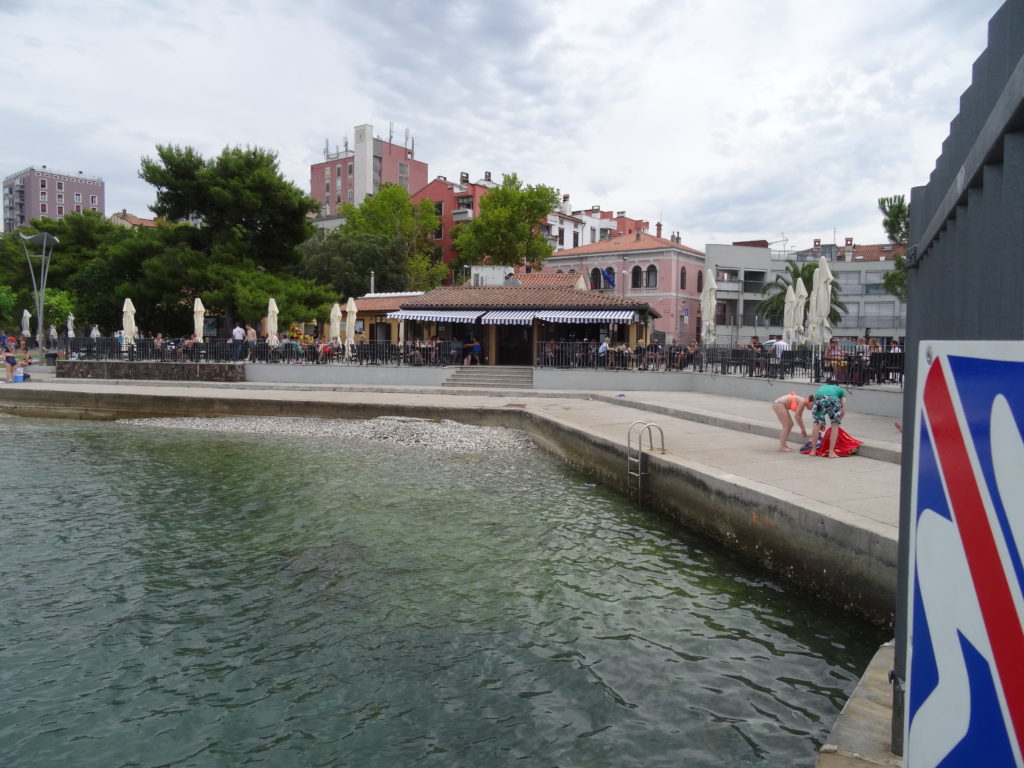 A coffee shop by the sea in Koper.

We stocked up on table wine at Vina Koper. You’ll see this brand in grocery stores throughout Slovenia, but we were pleasantly surprised to discover some of their higher end bottles in the tasting room. I tend to prefer Slovenian whites, but after a few tastes of Refošk I developed a new appreciation for the reds. I especially liked the hearty Rex Fuscus, which is a red wine that tastes great when slightly chilled. 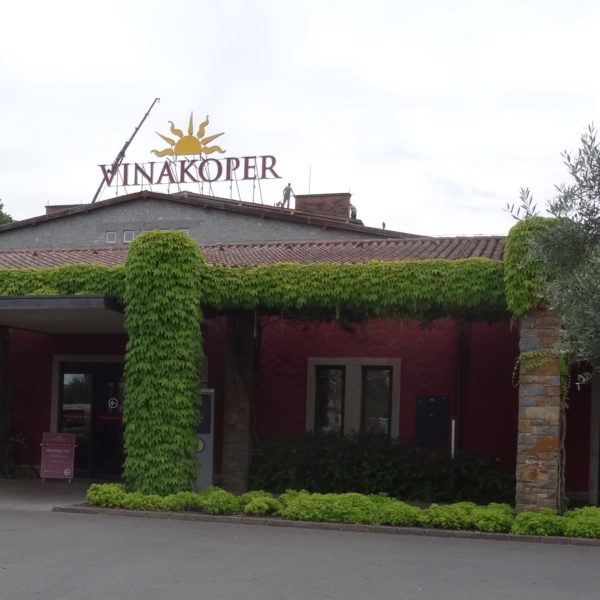 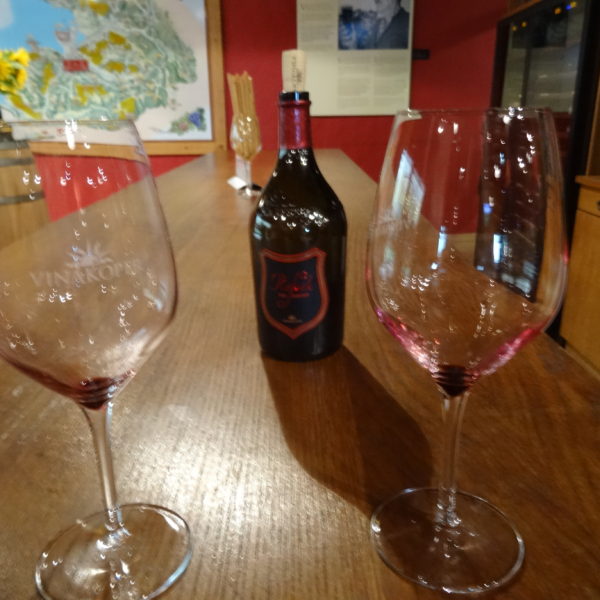 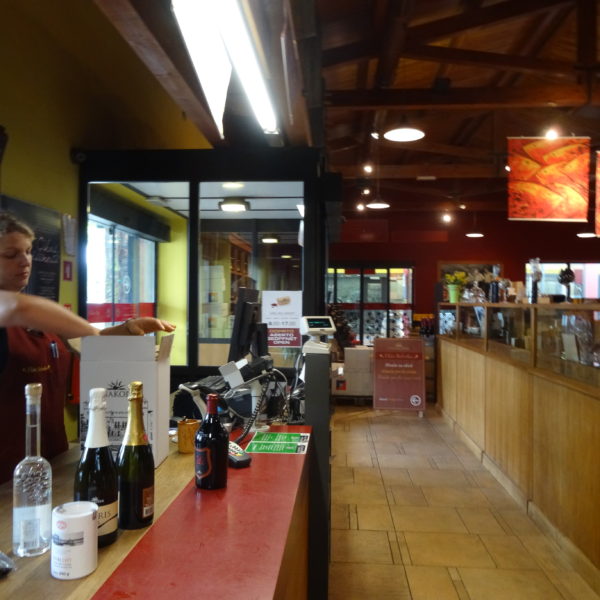 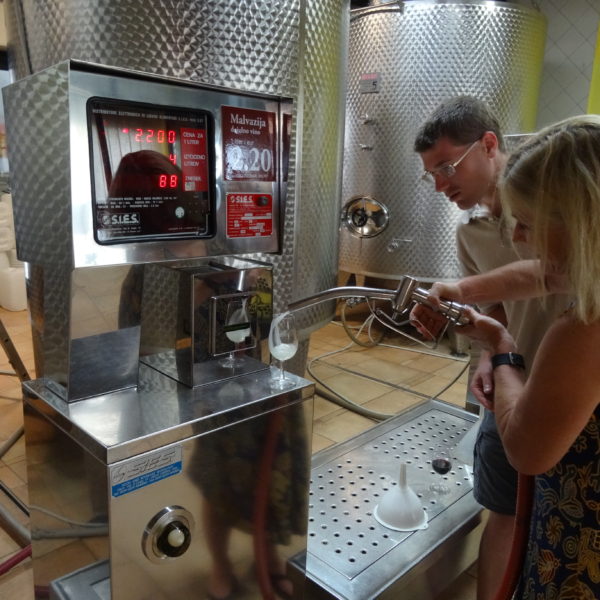 The Hapsburg royalty apparently liked the wines from this region so much that they built the coastal railroad mentioned above to import it. And there are certainly a lot of artisan vineyards in the area worth exploring. But if it’s hearty table wine you’re after, just pull up to the wine pumps at Vina Koper and fill ‘er up! We were back “home” in Piran with a full carload of wine and groceries in time for dinner. 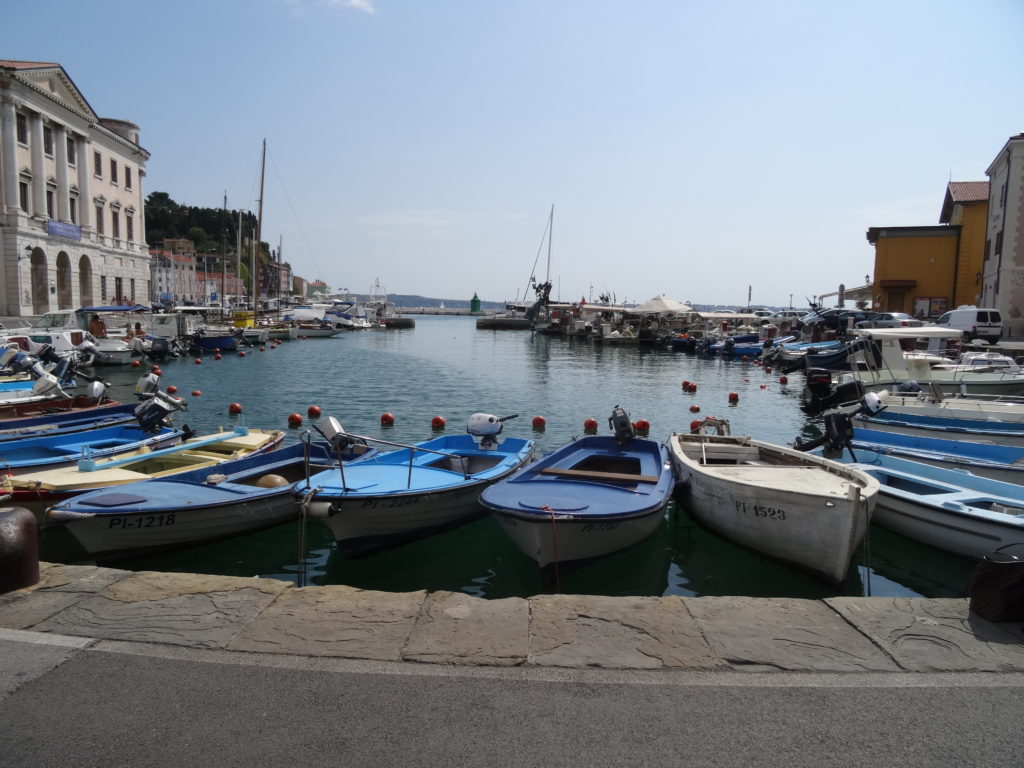 Back in Piran by dinnertime. 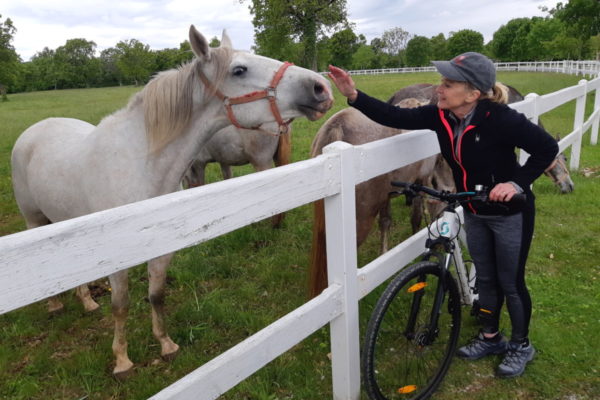 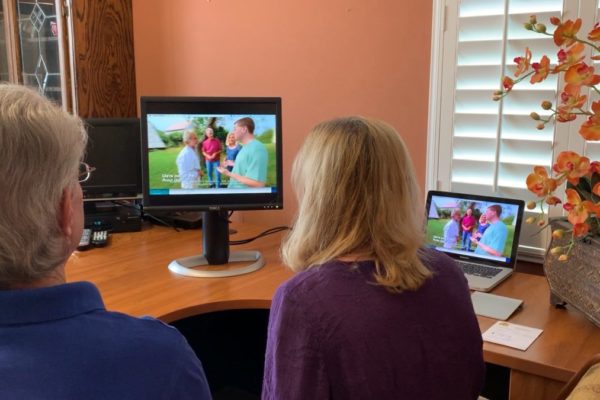 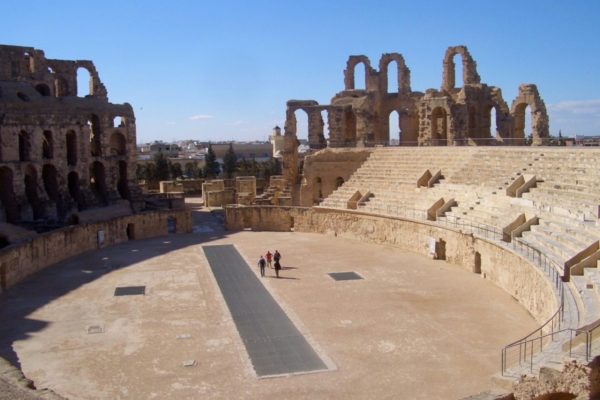 Ljubljana: Dining with Slovenia's TV Chefs | Strangers in the Living Room
February 4, 2018 2:37 am

[…] Dining here on a summer afternoon, you’ll share the charming patio with Slovenes celebrating special occasions as kids play happily nearby. Service was friendly and top-notch. I was pleased to see a house wine from Vina Koper, which I featured in another post. […]